Published some of the backstage video “The back stage” of the first 10 games edited video of RIZIN.1!

At the members-only at RIZIN FF official fan club site Tsuwamononosu (provisional) in, but the public in the whole volume of this video.
Going forward one after another martial arts fans are expected to miss not the content is up.
It should be noted that, if you pay the one month of usage fees by the end of August if now, it can be if you use free of charge from the next month payment until the end of August. 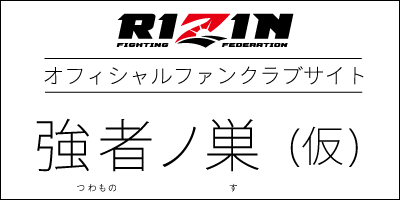